Boat owners and operators should be aware of a new federal law that went into effect on April 1. Those piloting boats less than 26 feet in length with more than 3 hp engines are now required to use their Engine Cut-Off Switch (ECOS) during most operations with their boat.

Most of us call them “kill switches” but the federal bureaucrats, who love their acronyms, prefer to use ECOS.  Whatever…what we’re talking about is either a lanyard-based or electronic cut-off switch that is designed to stop your engine in the event you fall overboard or are separated from your helm station.  This is designed to prevent your boat from driving away without you, should you somehow fall overboard, or, worse, circle around and run you over.

This law applies when the primary helm is not in a cabin and when the boat is operating on plane or above displacement speed. Situations in which an ECOS link would not be required include docking, launching and loading on a trailer, trolling and operating in no-wake zones.

This should not be a surprise to most boat owners.  The law has actually been on the books since 2019, and the vast majority of boats manufactured and sold since then have come with some kind of cut-off switch system onboard. The U.S. Coast Guard says that “the overwhelming majority of recreational vessels produced for decades have had an ECOS installed, so this new use requirement simply obligates recreational vessel operators to use critical safety equipment already present on their boat.”

When an ECOS is attached to the helmsman, it shuts off the engine(s) if he or she is thrown from the wheel. The ECOS link is often-and historically-a lanyard with a clip. However, wireless ECOS from companies such as Fell Marine and Mercury Marine have recently been developed and are also approved for use by the Coast Guard. These use an electronic “fob” that is worn by the helmsman and shuts down propulsion when it is submerged in water.

The new law will be enforced by the Coast Guard in federally navigable waterways, but most states, including Colorado, are expected to adopt local versions.

So now is a good time to familiarize yourself with your boat’s ECOS system, and begin to get used to having it at the helm when operating your boat.  If you’d like to discuss one of the electronic versions, stop by our service center. 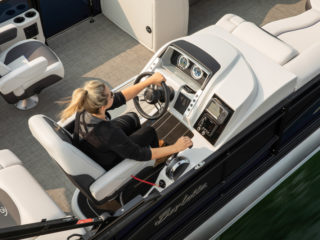 Boat owners and operators should be aware of a new federal law that went [...] 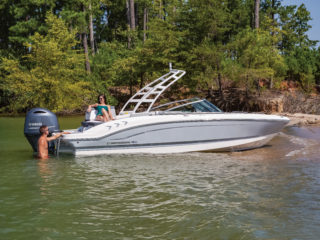 Grand Lake (and its nearby neighbors of Shadow Mountain Lake and Lake Granby) is [...] 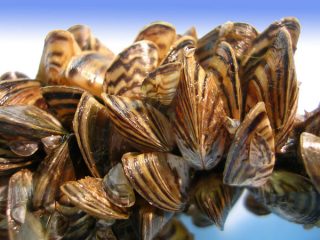 Invasive Species Awareness - This is the time of year when boaters are thinking [...]